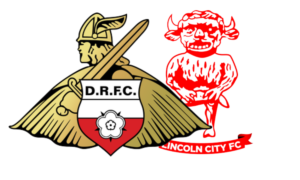 Both Doncaster Rovers and Lincoln City share a common theme: Consistency. Although the Fan Engagement Index is only two seasons old, both clubs have had good reputations in the Fan Engagement space for some years before that. There are many important things that make this possible, but undoubtedly a major element of it is leadership from the top: both owners and senior executives buy into the importance of entwining fans and club together.

Both have a close relationship with their supporters’ trusts, both have fans on the board, both operate regular Fans Parliaments and Fans Forums. Both also listen extensively through social channels, and have well established SLO functions. Although Lincoln City don’t have a form of legal/shareholders agreement or Memorandum of Understanding that we have been made aware of (something that Doncaster Rovers do, with an MOU), both are very similar clubs in many ways.

The key element in both cases is leadership: from the board, through senior management, and staff, the clubs concerned ensure that engagement is rooted as part of the entire model of the club. This matters, because it means that decisions that are made, are done so reflexively, automatically. No one thinks to ask whether engagement is a necessity, because engagement is part of the deal of how a football club runs. This is about the culture set from the top.

There are few clubs who do Fan Engagement as well, or as thoroughly.