Cambridge United: Making a Fan on the Board Work 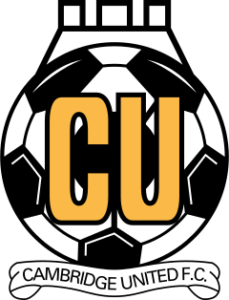 Cambridge United have had a Fans Elected Director, directly elected by the members of Cambridge Fans United (the supporters’ trust), since 2004.

They first elected the position during a crisis called ‘Bridge the Gap’ in 2004, when they raised £100,000 to buy shares and guarantee a director on the board of the Club. Fast forward 17 years, and Dave Matthews-Jones now holds the position, ensuring that the club never forgets the important role fans can have. The role of Fans Elected Director has weathered many storms and crises, including the sale of the ground to pay off debts, and relegation to the National League.

It means that programmes of engagement are authentic, that they create the right channels to listen (they set up the Cambridge United Supporters Panel to ensure that a diverse group of voices can be heard, have two fans forums every year, as well as online presence and an effective Supporter Liaison Officer)

Cambridge United have become a club that understand that having fans integrated into the structure, alongside ensuring that this feeds directly into the culture of the club, is what really matters. What stands out is that even though the club’s very complicated share structure has become simplified by now only having one owner – Chairman Paul Barry – the role still exists, and is viewed as fundamental to the success.

Read more about the role on the Cambridge Fans United website